The Movie Isn’t Over

Some days our mistakes wail at us like an air-raid, and we’re left wondering how to recover.

If you’re there, friend, keep reading.

Because that’s when this story hits afresh.

I had a birthday. (Notice I didn’t say “celebrated” one.)

My 40th. Much harder than I expected.

Problem was, I’d had a goal. A dream. Something I wanted to do by that momentous day.

I missed it. Just. Came SO close. But you know what they say—only counts in horseshoes and hand-grenades. This was neither.

I’d worked hard for an entire year to make that goal. And the year before that. In the middle of kids and soccer and instruments and school, I carved out time. And more time. But it wasn’t enough.

My family was supportive, encouraging me, willing to let me spend time away from home, sitting at Starbucks with my computer and my tea. (Place knows me well—they’d have my drink waiting before I had my car in park.) And there’s the sweetest-ever teacher friend who cheered me each step of the way—when she wasn’t yelling at me to go work on it. But other than that, I don’t think most people understood. “Can’t you just do it for next year?” To them, it was only a hobby, an extra. Something most couldn’t relate to.

But to me, it was a dream—that didn’t come true.

When I realized a few weeks before that I wasn’t going to make it, I talked myself through it, came up with other possibilities, thought I’d be okay.

I wasn’t. The day came, the day went. The next day, somehow my age came up, and my heart dropped, plummeting with the realization of failure. “Failure at 40.” The phrase ran through my head for a week, and then some.

Looking around, reading the news, listening to conversations, I have a feeling, while many might not understand my own lost dream, there are more than a few personal lost dreams around the country.

So what do we do?

Well, in the words of the game, “Phone-a-Friend.” And that’s just what I did. After all, she was older than me. Hit that horrible 40 a whole two months before I did.

How had I forgotten?

Around her birthday, she’d called me, crying, disappointed. She’d trained for a race—a race in which she’d hoped to do so well. Instead, she was injured. Not only did she not meet her own goal—but her rival rubbed a winning score in her face. What now?

When I comforted her with the phrase, it shone clear in my mind: An hour into the movie—the heroine has just had a crushing blow. She sobs, sitting in a corner, face buried in her knees, probably with a dramatic fist pounding pavement. Then someone comes along—that good friend—pulls her up, sets her on her feet, puts steel in her gaze. She tries again…and wins. Resoundingly. Only then would you see, “The End.”

How quickly I’d forgotten. Ah, it’s so much easier to be wise when it isn’t your problem.

And that’s why we have friends.

For I know the plans I have for you, declares the Lord, plans for welfare and not for calamity, to give you a future and a hope. (Jeremiah 29:11)

Future. Hope. “The movie isn’t over.”

So, what now? Time to regroup. Re-evaluate. Get up off the floor and try again. Forget “I’ve fallen and I can’t get up.” Instead, reach out for the hand that can help.

Time to take my own advice. Because all my “failure at 40” will do is bring “still failing at 41.” And soon, rather than an unfinished aspiration, I’d be holding nothing but an empty pipedream and goofy clichés.

Another verse, Philippians 3:13: Forgetting what lies behind, and reaching forward to what lies ahead. It’s what makes the blockbuster. What makes us remember the story. And grow from it. We all expect the middle of the movie to have setbacks, but the story doesn’t end until we find the hope!

For that, we must finish well.

See you at the final credits!

All Bible verses are taken from the NASB translation. 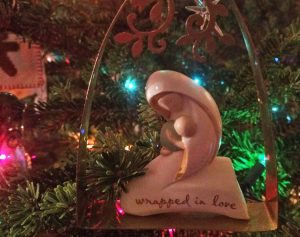 5 thoughts on “The Movie Isn’t Over”