It’s the main question of any writer’s conference…

For me, I guess the question is better and easier termed, what Don’t I write?

One day a teacher introduced me to her class as a “real writer.”
A kindergartner piped up. “What do you write? Bibles?”

Now, that would be on the list of Not’s. Nor have I ever written a phone book.

In fact, recently on a special event with my daughter where we had a lot of time together, I kept commenting on things around us and how they’d make a good poem or play or song or story. Finally, at the end of the day, my daughter stopped me. “Wait. Do you do this all the time in your head? You’re constantly coming up with things to write about?” My obvious response? “Of course. Don’t you?” She stared at me, and in that way that only teenagers can do, answered back, “Nooo!”

But while I’ve written since I was little, (my favorite summer childhood game? acting out my own tv episodes and plays with neighborhood friends,)…my first story was published when I was sixteen (“Missing,” in Scripture Press’ Sunday School magazine,)…and since then, my plays have been produced by several churches around the States; I recently discovered a whole new love for writing: columns!

Perhaps my realization started with columnist, John Grogan and the warm and endearing movie, Marley and Me. (In my opinion, a story more about marriage than about a dog.) My understanding of the genre bloomed writing five years of front-page columns for school newsletters. But none of that showed me just how fun column-writing was ’til I landed a two-year stint as a “My Turn” columnist for the Kenosha News. I was head over heels!

And when it ended, I felt like I was saying goodbye to a really good friend.

But the Lord had other plans, and you know what they say about least expecting it…As I questioned if He would ever use my writing again, suddenly, I found myself sitting across from Sunny Joseph, the chief editor of Fountain of Life, a Christ-centered, mission-minded, bi-monthly magazine published in India. And he asked me to write a regular column for them.

Proverbs 3:5,6 never felt more true:
Trust in the Lord with all your heart, and lean not on your own understanding. In all your ways, acknowledge Him, and He will direct your paths. (KJV)

“I get it, Lord.” I dried my tears and started praying that He’d show me my writing was His writing, whatever He chose to do with it.

He will direct your paths. Only days later, I met Sunny.

So what do I write? Well, hopefully, anything that, by His grace, brings glory to His name. And that He chooses to use.

And ask yourself…what do you think is yours–that really isn’t yours at all–it’s His. 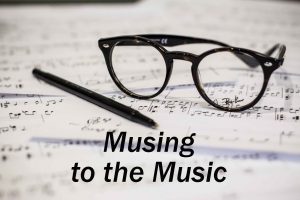 Musing to the Music 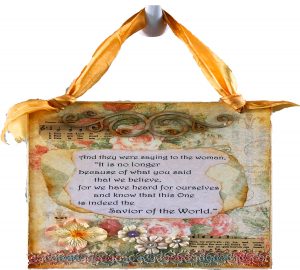 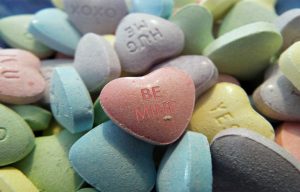