Think Marley and Me….Only a Golden. Like AirBud. And Shadow from Homeward Bound. But more beautiful. More loyal. And smarter. And sneakier. (On account of the “smarter.”)

When he was still a puppy, I took him to a soccer game.

A two-year-old toddled up. “I pet your doggy?”

“Sure, his name is Teddy Bear.”

His mom followed behind. “Are you petting the dog nicely?”

Actually with his giant paws, he looked a lot like a lion, so we almost called him Simba. But we didn’t want people thinking we named him after Lion King.

They always say I don’t know how to say “No.” This was a hard time to learn. We were standing in the animal hospital, hearing the bad news. Cancer. Probably metastasized to his lungs. They didn’t know where it had started. His platelets were so low, he had plate-sized bruises across his belly.

Until that moment, we had no idea he was even sick. That’s the loyal: always met us with a smile. A wagging tail. Always romped when we wanted to. Sat quietly at our feet when we didn’t. Okay, sometimes he’d huff in complaint, his eyebrows wiggling back and forth as an invite.

And now they were asking us blood transfusion? Exploratory surgery? Chemo? My head weighed a thousand pounds as I painfully shook it side to side, tears silently dripping south. And then, not so silently, as my 6ft1 son pulled me into a hug.

It wasn’t the money. If it would have helped, I would have found the money. That stimulus check the government gave out some six years ago to get the economy going? Ours was spent entirely at the vet: $3000. Because not only was our Golden beautiful and loyal, he was also part goat! The vet suggested maybe they should just install a zipper so they could more easily remove whatever he chose to eat the next time. Instead, we taught him to toss garbage into the trashcan instead of eating out of it. (Told you he was smart!)

That wasn’t all he learned. There were all the basics: sit, shake, stay, get the paper… But he also did “high-fives,” sung “How much is that doggy in the window,” rolled over at all the right times to “There were 10 in the bed,” and could tell time. Every day he waited at the back door at just the right minute for the kids to come home—even on early-release Wednesdays when the kids came an hour and 15 minutes earlier than normal. It didn’t matter where he was in the house; he knew when we picked up an apple and, in seconds, was there begging for the core. My son was teaching him to play piano on cue–although he hadn’t quite gotten the idea of “on key.” Given more time, I’m sure he would have figured it out. That’s how smart he was.

I’ve had other dogs: The one I don’t remember, but I’ve seen pictures of giant holes she dug—with her curled up in them, my older brother, age 2, sleeping beside her. Her namesake, I do remember: Put up with years of us children dressing her up in pants and shirts and sunglasses and hats. Without a single complaint. And her son—who ate a hole in the carpet. And my dad’s Greek Bible. And my calculus book—the only time I ever had to pay for damages to a school textbook. I managed to hide the destruction for most of the year because we had to have our books covered. On the last day of school, as I finally took the cover off and passed it to the front, my teacher, who happened to also be my dad, stared at it and then at me: “Prince?” I only nodded once. And then paid the $25. But that same dog wouldn’t leave my mom’s room the whole last two weeks she was sick. Wouldn’t leave as they waited for the hearse. Wouldn’t leave ’til they actually came to take the hospital bed.

What is it about dogs that they add so much joy to our lives no matter how silly or naughty or sneaky they are! When Teddy barked, both his front paws left the floor. He never lost hide and seek, whether it was us hiding or his bone. And in the freezing cold winters of Wisconsin, he regularly helped me burn off some steam with a rousing game of chase around the house. In a thunderstorm, he’d hide under my chair, snuggled as close as possible to my legs. If I moved, he moved. And then wedged in again wherever I landed. When we weren’t home, he curled up on the couch,—a definite no-no—filled up half of it—and then pretended he was too tiny for us to see him when we came home. The sneak learned if he picked up towels and hotpads from the floor for me, he’d get a treat. So he started pulling towels out of clean hampers to leave on the floor for later! Birthdays were his favorite, whether his own or someone else’s: so much wrapping paper to throw away…

He would have had his 8th birthday last month. Too young to have left us.

I’ve had other dogs. But I wasn’t there at the end, either too young or I’d moved away. Got a phone call. Cried at the memories. Let my parents handle the rest. This time, I was supposed to be the adult. Make the decisions. Be the strong one. To know that no matter how much I wanted to make him healthy, nothing was going to help at this point.

The night they told us he was sick, they gave him 3 weeks to a couple of months. He made it 3 days.

Those 3 days were hard!

They’ve shown Goldens are great as therapy dogs. Bring them to a crisis point and let people pet them; it helps cheer the people up.

But what do you do when it’s your Golden that’s making you so sad?

Luke 12:6 Are not five sparrows sold for two cents? Yet not one of them is forgotten before God.

Thank you, Lord, for being our Everlasting Comfort. For making life precious. And for loving us enough to give Your life so that death does not have to separate us from our loved ones forever!

Have you lost a beloved pet?
No, we know it’s not like losing a human being,
but pets are still a part of the family.
I’d love to hear about yours!! 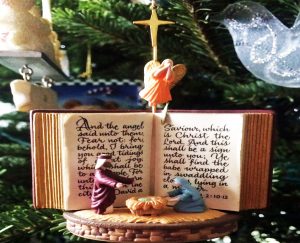 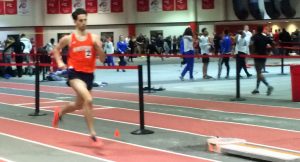 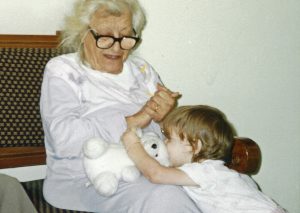